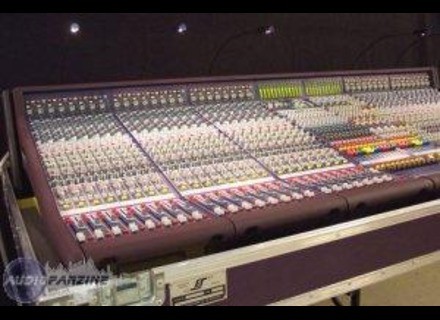 View other reviews for this product:
- Is the rack? Hahaha! Not ...

The qualiseur Is paramtrique? Good for those who connaisent this is the circuit of the XL3 EQ so I want it paramtrique yes ...

As against this heavy little prs per quintal without flight case

We do here in-line console. This might seem strange in the context of a sound use for which the reputable Midas no longer do ... But apparently, the thought of Kidderminster ingnieurs console Extremely versatile, in turn installs as, or even in the studio ...

Then the careful it's heavy!
The pre-amp the XL4, XL3 The EQ of a surgical precision and a great musicalitbr trs /> EQ alone able to connect a battery, insert the first choice / post EQ, Stereo mix with pan or L, C, R
a pre-amp with really gouache, which gives me every time the urge to really kick it (yes bah j'fais the Hard Rock french me sir, do not come to me when I shit my rpar scooter)
Anyway what class! You lves faders and it sounds, if there is a need to make scales for an hour, change the man, not the console ...

*
See the source
Did you find this review helpful?yesno
Cookies help us improve performance, enhance user experience and deliver our services. By using our services, you agree to our use of cookies. Find out more.