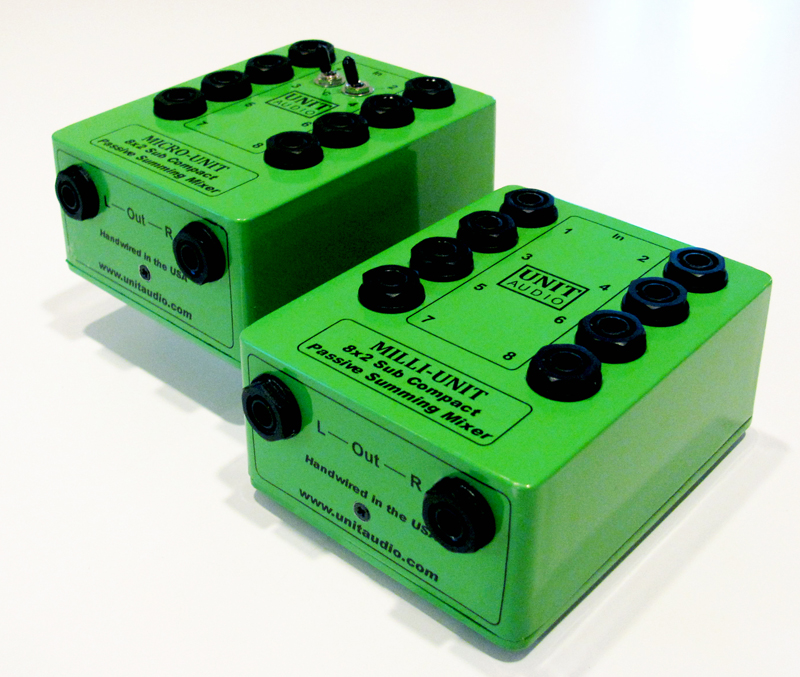 These models both share cast aluminum cases and are hand wired in Nashville, TN.

Here is what the company had to say:

"On the subject of summing, UA's Design Engineer Terry has this to say “Loosely quoting Shakespeare one might say ‘To analog sum or not to analog sum?’  This has been a point of controversy with digital recording for quite some time. With modern DAW software, mixing within the computer has resulted in some great sounding recordings, but I have long been intrigued by the concept of analog summing. I was not prepared to pay $800.00 or more to test that theory, so I engineered and built my own. Then to test the theory, I set out to see if there was any difference in the mixed sound.  Much to my amazement and pleasure, I did notice a subtle but very pleasing difference in the stereo separation and placement of the instruments compared to my In the Box mixes. ”

For more details, check out www.untitaudio.com.