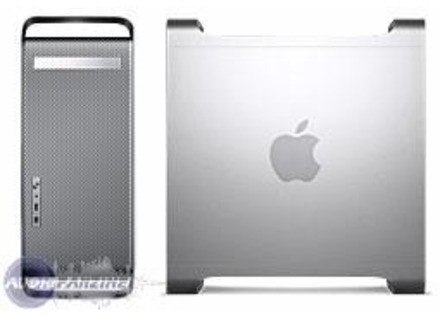 PowerMac G5, Apple Desktop from Apple in the PowerMac series.

« does everything fast, very powerful mac »
5

View other reviews for this product:
The Power Mac by Apple is a top of the line desktop computer system. The thing about this system that makes it so great is that it is so fast its ridiculous. I haven't ever experience power like this in a desktop computer. Of course Apple created it though so you can expect top notch customer service alone with no system problems. The G5 Power Mac hasn’t had any bugs for me this far, it doesn’t freeze up or I never have to do a hard restart ( just pressing the power button) Everything seems to just be so fast and I have never seen another system do what the G5 could (back when I got it in 09) . Apple has since then upgraded a few times and created so many different computers but I think this one is one that set the tone for a lot of desktops on the market by the ability to run to many different programs all at the same time without the system shutting down on you or getting slow at all. Mine even came with some built in top quality virus protection that will protect against all malware attacks and major viruses.

Also, I must say that running pro tools on this system is like running it in a major studio. I have actually seen this same G5 used in sever studios locally and across the country because of how good that it actually is. It has all of the connections that you will need including usb and firewire. But keep in mind that it’s a pretty expensive computer though so I don’t recommend getting it just to get a new computer. I wouldn’t purchase this unless you are into music recording or creation or maybe even some video editing or design stuff. Its more of a multimedia machine and shouldn’t be purchased just to have a new system. The price tag on it will make a lot of people turn away, but if you can afford it you have to have the G5 From apple.