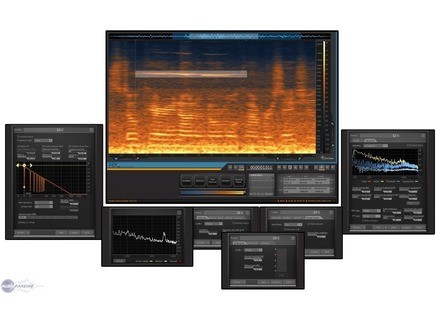 RX, Audio restauration software from iZotope in the RX series.

Product replaced by the iZotope RX 2.

[NAMM] iZotope RX, soon to be a plug-in

Soon to be available for VST, Audio Units, MAS, ProTools (RTAS, AudioSuite, HTDM), and DirectX, the plug-ins will be released in February 2008, and will be included with the award-winning standalone version for the same price of $349. Current RX customers will be able to download the plug-ins free of charge.

In addition to the base version of RX, an extended application, iZotope RX Advanced, allows even more precise control over RX algorithms. RX Advanced will also include new plug-in versions in its February update.