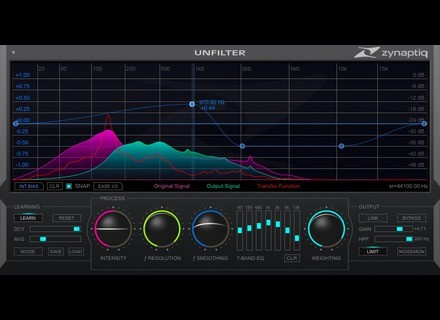 Both updates now allow Unfilter and Unveil users to insert their plug-ins in Pro Tools 11 on both Mac and Windows. Zynaptiq adds that the 32-bit AAX version, also available, is compatible with Pro Tools v10.3.5 and later.

Unveil 1.7.2 and Unfilter 1.1.2 are now available for download for free from www.zynaptiq.com for registered users.

Zynaptiq also announced that they have acquired Prosoniq. They will continue to offer the current Prosoniq line of products and technology, as of March 2014, including the TimeFactory (time stretcher and pitch shifter), Orange Vococder, Morph real time audio morphing or the sonicWORX Isolate vocal extractor and spectral editor plug-ins.