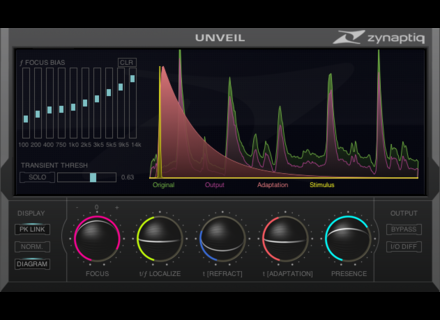 Zynaptiq will show at NAMM 2013 the new features brought by the v1.6 update of the De-Reverberation and processing Unveil plug-in.

Registered users that have opted in to notification will receive the download URL per email as soon as the update is released (scheduled for February 15th). More info on www.zynaptiq.com/unveil/.