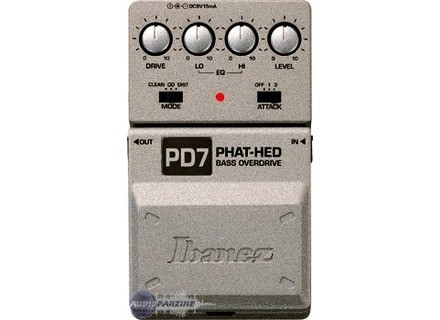 View other reviews for this product:
I got it at Da Capo Nietap and payed 80 for it.

I like the construction and especially the tone lock knobs they might come in handy when travelling with your pedal. And of course I like the variety of sounds from a subtle Overdrive to very hard Distortion.

The only thing I dislike was that when my batteries were out the first time I tried to remove them but the opening knob was jammed. And another dislike is that I broke it. It was malfunctioning during rehearsel with my ex band, and after a short period of time I got pissed and threw it away. The only thing preventing it from going into orbit around the moon was a wall. That kinda sucked cause aftherwards I bought a BOSS ODB3 and had the same malfunction it was just a problem in my settings!!!!!!!!!!!!!!

It can take a heavy beating trust me it did. But the opening knob for removing the batteries only worked one time. But I think thats just a problem with my pedal so the other ones should be fine.