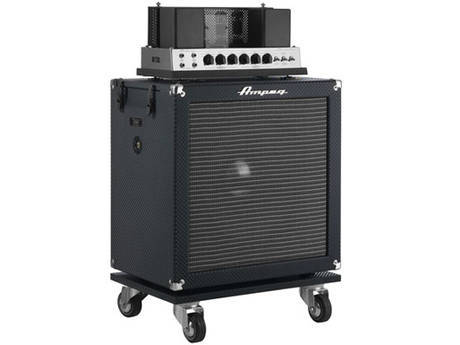 Ampeg announced that their are doubling their Heritage B-15 numbers for 2012.

According to Ampeg, the Heritage B-15's limited edition launched in 2011 sold out almost immediately upon announcement.

The Heritage B-15 features the circuit paths of both a 1964 and 1966 B-15, including Baxandall EQ controls and 6SL7 octal preamp tubes along with a bias switch, recreating each years’ distinctive bias methodology, the company says. The flip-top cabinet features the double-baffle design and houses a custom-designed 15˝ Eminence driver.

Visit www.ampeg.com to learn more about the Heritage B-15.