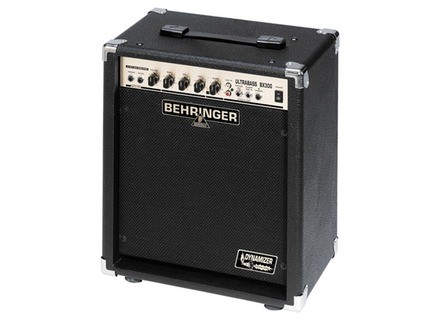 View other reviews for this product:
Does everything has already said in the previous ones opinion.

Configuration is very simple.
There are easily a good sound. The bass is round and treble are quite acceptable even if it means a slight hiss when pousss maximum. function shape allows her to cut a trs accurate in the bass.
The headphone jack is very useful and allows me to play late at night without disturbing those around me.

I play mostly rock is hard rock but I privilgie bcp treble.
Now this amp is really aps to play sharp. I use a Fender Precision with but by a good set found that snapping sound quite acceptable.
Although I do not like when the bass is very pronounced, the function shape my bcp served at a concert o my pedal had lach.

I own this amp for over a year and it is on this amp that I learned to play.
I also did concerts with bcp silent but his power is too low.
It should be more to play, repeating with a single guitar and then play at home.
With the experience I would do not have that choice, although it is very practical, simply because his power is insufficient for the concerts and that it is not suited to play with a lot of treble.
See the source
Did you find this review helpful?yesno
Cookies help us improve performance, enhance user experience and deliver our services. By using our services, you agree to our use of cookies. Find out more.