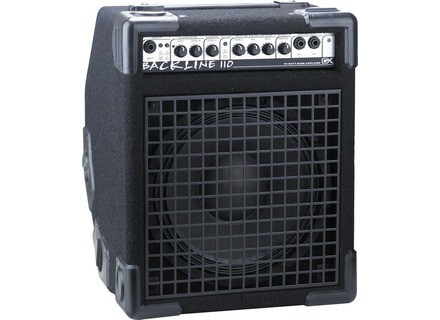 The config is pretty simple
the manual is clear
the sound is good compared to my old amp (Hartke beurk300!)

It is very suitable for what I play
I played a P-bass special with custom Bartolini pickups.
Low-fat but rather are much less now that the Hartke HA3500 + VX410 the rehearsal room!

sound, I like it! except that the small running out of steam pretty quickly ...
it makes an uncritical group play whatever I feel like the HP rode a bit and you can ask him a little more each time!

I've had six months, bought really cheap, it replaces my Hartke B300.

I like the foot bath (but I raised a bit to make it closer z'oreilles)
weight about 15kg, it is transported!
I like a little less power just for group play.
very good value for money (RAM opportunity!)

Something that I find none: the act of plugging a headset does not disconnect the HP?!

With experience, for the same budget. I do it again this choice because I did not put much
with 4x and go to a gallien MB150 lighter and less power just
See the source
Did you find this review helpful?yesno
Cookies help us improve performance, enhance user experience and deliver our services. By using our services, you agree to our use of cookies. Find out more.