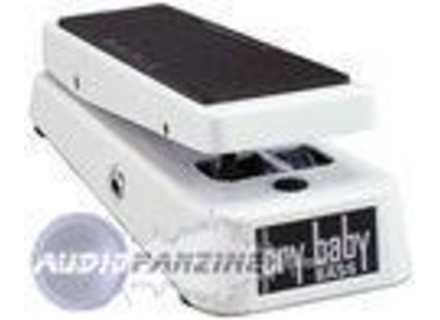 Buy this productView price information >
View other reviews for this product:
Got it for about £90 in Creative Electronics (local guitar shop.) I was after a good wah for bass that would work well with Fuzz and clean.

The construction. The sound.
It sounds very wah-ee. It has an Auto Q, so it turns off once u take ur foot off it. Volume and Tone controls so u can change the overall effect it has on ur signal. It looks cool and sounds the shizz on stage with a bright Fuzz.

It has a delay on it wen the auto q kicks in to stop it turning off while u rock it (violently i guess.) It was a pain in the arse till i realised u can turn it off by turning a pot inside the casing, although i think this voids the warantee. It has ALOT of bass with the heel down, so just be careful. Apart from that, its sound.

Very good. Better than Boss in some aspects.

Very good wah, but unless u play music thats phycadelic or funky or want a Cliff Burton-esqe pedal for screaming overdrive solos, i say its not worth it to fiddle with in the bedroom. I use it alot, and its my favourite effect along with comp and fuzz. Id DEFINATELY buy one again if something happened to it.