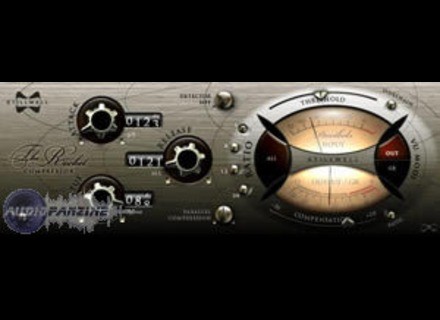 Stillwell Audio has announced the release of The Rocket Compressor. Updates for Stillwell Audio's other plug-ins are also available.

The Rocket is a character audio compressor, designed for singular speed, responding in mere microseconds to variations in program level.

The Rocket Violation of the laws of physics and digital signal processing remain beyond us at this time, and a single sample at 44.1kHz has a span of 22.6 microseconds. The Rocket's attack time can be below this level, for absolute certainty that even the very first sample understands that you are its master. Placed on the master bus, The Rocket will effortlessly tame transients almost in the manner of a brickwall limiter.

Discussions of Science and Art are played out within The Rocket 's 'Impetus' circuits, where warmth and aggression exist as DSP, able to take the delicate, musical gain reduction to the extremes of dirty, heavy and slamming rock'n'roll misbehaviour.

The Rocket is available for Windows (VST) and Mac OS X (VST & AU) and costs $49 ($25 for those using The Rocket Compressor only on the Reaper platform and only in a non-commercial use environment).