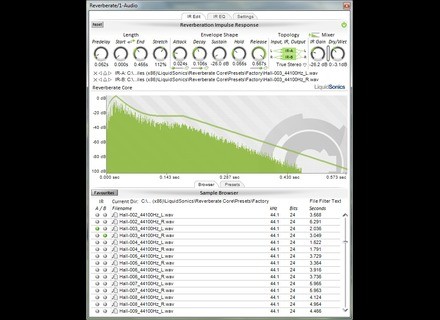 LiquidSonics has announced full RTAS support in the latest release of Reverberate as a free update for all users.

Reverberate Core, which costs £30, has been introduced to meet the needs of producers and musicians who require a simple and efficient true stereo convolver without the modulation and effects capabilities of the full edition of Reverberate, the company says.

Existing users of Reverberate can also benefit from the reduced memory footprint and suitability of Reverberate Core when configured as a higher latency workhorse reverb processor when 'the full flexibility of Reverberate is not needed' (for instance when using third party impulse responses on delay compensated audio tracks), the company says.