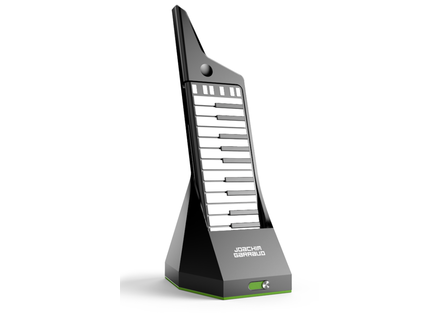 As a reminder, you only have until the end of the year to order Joachim Garraud's Producer Pack bundle.

Only a few days are left to get electronic musician and producer Joachim Garraud's limited edition exclusive Producer Box, which is only available through his Kickstarter project.

Already detailed a few weeks back when the project was launched, the Producer Pack is described by Garraud as "a new Concept of sharing music, tools, and knowledge". It includes a 25-key CME MIDI keyboard, and a USB3 hard disk which contains several computer music products including Ableton Live 9 Standard Edition and many plugins and soundbanks by Arturia, UVI, D16 Group, Sugar Bytes, VIProducer and others (plus some discount codes over a number of other products) and a whole lot exclusive samples from Garraud's personal collection, a total 20 video tutorials in 5 languages, as well as the original session files from the artist's upcoming album '96/24'.

The first hundreds of packs have sold like hot cakes, but some are still available for $599. The Producer Box can be ordered exclusively through the artist's Kickstarter project at this address until December 31, 2015 - or before if all 1000 packs are already sold before then. Worldwide delivery date is set for June 2016. Other offers including only parts of the full pack (and some VIP offers too) are also available from $20 at the same address.