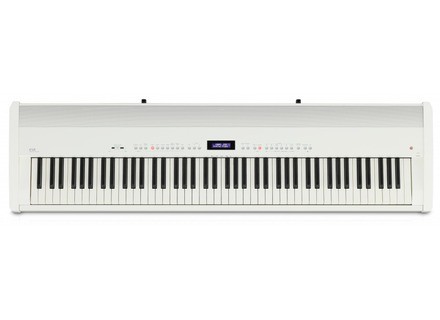 ES8, Digital Piano from Kawai in the ES series.

Kawai will launch in September the latest version of their ES series of digital pianos with the ES8.

The new Kawai ES8 is an 88-key digital piano equipped with a Responsive Hammer III, weighted keybed, with keys that features three sensors and a Left-Off simulation that recreates the feel of a real grand piano when playing softly.

The ES8 reproduces, among other instruments, the sound of the Kawai SK-EX, SK-5 and EX grand pianos thanks to the Harmonic Imaging XL technology, which recreates all the nuances and dynamics of the original instruments.

You can add the optional HM-4 stand and the F-301 triple pedal that integrates to the stand. Full details about the Kawai ES8 are available at www.kawai.co.uk.