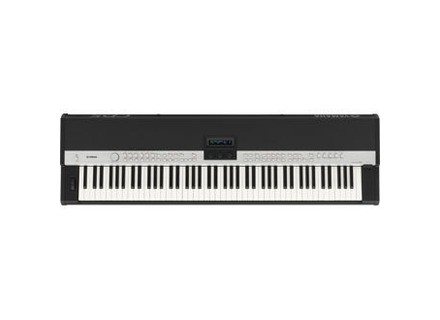 Audience: Advanced Users
View other reviews for this product:
Characteristics have been described elsewhere. I will not go.

Touch: it&#39;s a personal matter. I leave Kurzweil after very many years and I never liked other electronic touches. I could look a little bit and I was impressed by this keyboard. He still has a flaw: the triggering of a jerk who makes the game difficult pianissimo. For the rest, it responds, it grooves, it again not too bad (the other brands I&#39;ve tested are very far behind but there is still some way to go) and it is accurate.

The synthetic ivory is fragile: barely touched by the edge of the fly in a room and close my G5 is broken. Okay.

The manual is rather unclear, even for someone rather experienced in programming.

The selection of programs is not terrible. Bank management unconventional and I can not get used to it. The ability to program on a USB stick is more for pros but a PC or Mac editor would be very welcome.

The screen was designed in 1982 and dust. It&#39;s a shame. It was enough to remove the drum minimalist totally unnecessary to pay a fine screen at the same price.

The choice to potentiometers rather than encoder, again, is the choice of Grandpa. So, no position memory. Not easy to manage volumes of 4 zones. In 2010, it is not smart.

The three encoders could be four and a bit smaller. They seem very fragile. Similarly they could be accompanied by a ring of LEDs (such BCx2000) to give a scale of values.

The box is huge. I hope the mechanics of the keyboard justifies such differences. The connectors are placed at the bottom (front and in back), which makes the design of the fly box problem. For a famous piano scene is again a mistake.

Screen printing of rear connectors is not included on the top and is almost unreadable if you&#39;re not on the back of the machine to connect.

The bottom seems to be made of a material kind agglomerate. I am very scared. Appointment in ten years ...

Sounds? No. Un
Finally: a copy of a famous piano FC Grand brand. I love her very much. It is warm, bright, extremely capable in the bass. The harmonies are beautiful. He suffers from some irregularities here and there-by.
Caution, however, rendering the sound seems very dependent amplification. With a good system is a real treat. With a bad system, the Kurzweil pulled well out of the game which is not true of CP5.
A second piano that I never use but still has its interest and is reasonably well modeled too.
The electric pianos, wurl, clavinet and others are correct, but without relief. The DX is good but I did not too useful.
The organs are preprogrammed but without zips. No sounds brilliant. Leslie A lack of depth. That utility but nothing more.
For the rest: if you like synth lead, you&#39;ll get techno. Damage to an instrument that targets pianists. The other songs are almost all lay as often. Attention, no GM mode and others.

Now the problem: Yamaha in 2010, they know not equip their instruments pro scene DSP valid. The effects are practical but not high-flying, but the worst ... A patch change takes half a second of silence! Stopping or effect as a launch! Four areas: press a button to activate or deactivate a layer, it works. But do not try to activate two or more: it does not! One button at a time ...
At Yamaha, they have at least thirty years behind in this area!

I&#39;ve had only three months. I had a Kurzweil EGP (K1000 presets) that I liked but which has aged terribly since. I had a PC88mx and then I got tired of the sound at the end. I tested many other machines for years without being really convinced by any. I tested the PC2 and PC3 Kurzweil&#39;s finding that they had not progressed much since the PC88. For this purchase, I tested the Korg SV1, the NordStage88 and a lounge version of Kawai swore that the seller be identical to the MP8 Mk2. The NordStage seem very well programmed, but the keyboard is far from my taste and the piano sound a bit light. The Korg could please me but the keyboard is a bit too slow and does not repeat well. The preset sounds are very focused. The instrument is small, which is a good asset. I admit to not having confidence in the seller in case of Kawai and then I pressed and I had to leave quickly with an instrument.

I do not know if I would do this choice. I did it more than once by removal of heart. That said, if Yamaha 21457 corrects faults of this machine then yes, he will buy it.
See the source
Did you find this review helpful?yesno
Cookies help us improve performance, enhance user experience and deliver our services. By using our services, you agree to our use of cookies. Find out more.