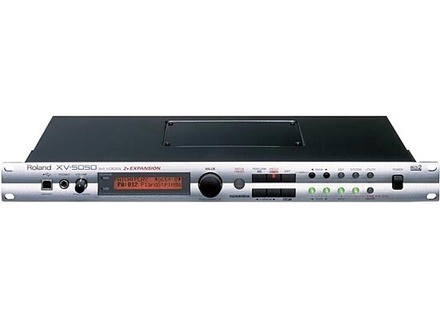 View other reviews for this product:
Trs a wide range of sounds, some really good trs. In addition, we have the possibility to add the SRX cards extansions ...
At the moment I do not use the connector numrique, the analogue, which, contrary to some rumors, is correct (ms I admit to not require this level be trs l

A joke do you? This is the expander quatrime possde I (and I have not used the ones I possde), and even if the use that I was doing silent rather simple, the I'm really at a Chinese puzzle head.
User manual, even in English, is very simple. But it think it is another machine in question ...
In addition, many buggs (not too much MIDI information at the same time if that pile of mtal quickly lost) do not help.
With a computer, it becomes easier ... thankfully A condition (if using cubase for example) to have the text file ptit adquate (thank you Leibniz pr ca!). I am ms qd same trssvre because it is filled with some ystre running this thing ... However, it must be ready for 8 years I use expanders Roland ...

The sounds are quite ralistes, thanks a surtt raction palette rponses the VLOC rich enough.
It says adj bcp t, ms it is true that some layers are also quite striking

What really makes me hallucinate is that my old sound modules, much cheaper work 1000 times better, with MIDI. When information such as "program change" + "score" for example, are too close to each other, and although the note is not played. It only made me Never again on my old machines.
GM bcl it. If you do not need it, it's therefore have a problem, ms, otherwise forget. I have the same out my little PMA5 (yes, it's not even a real expander is a squenceur pocket, which is incidentally GM expander).
Now, of that I regret my purchase, no. There is no choice in bcp expanders of this type of fawn all ...
See the source
Did you find this review helpful?yesno
Cookies help us improve performance, enhance user experience and deliver our services. By using our services, you agree to our use of cookies. Find out more.