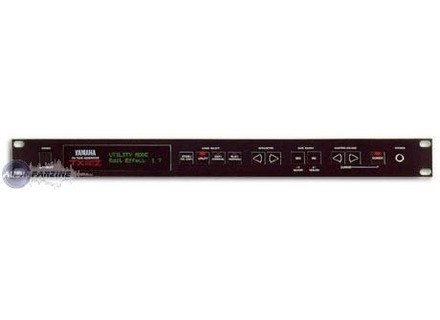 View other reviews for this product:
The TX81Z, it's also good for doing anything other than bass, tablecloths Terribas, and also leads, oh yes! must know how to use or Putot use for it is better to have several, and cheap like that, do not hesitate, take them by 4 (with detune the internal + detune applied devil). I also used to "spice up" some sounds which add here (like spices, must be determined) this small grain indefinable that makes you want to Regout again and again. attention! : Do not systematically big sound in the decision, it is not for you I'll know that potatoes come to mix, if not mastering ...
other than that, the beast is solid, reliable, does not crash ever, responds immediately when the whistles.
Note also that the breath controller can be used (for the wind controller noon), and it is one of the few synths to produce sounds for such a WT11.

Editing sounds is quite long when we know evil.
sometimes it's hard to choose one it would keep nearly chouille several sounds, do not hesitate to store in order to go back.
practice the small plastic card super strong and stashed underneath that slides on which is printed the way, so the uninitiated can go without notice.
Manual gear is useless so simple.

I use them for a long time, I summarize: simple, robust, efficient.
the faithful and helpful stuff that gives sound without taking the head or hair pulling.
jolibos sounds you make in 15 years they are still there. (It's not the shoot-Poo)
value for money depends on the price, there's a lot of chicken fucker who would like to sell them at exorbitant prices ("but if you see that the future collector"), but since the person is hard, here worth negotiating to take 4 at once.
See the source
Did you find this review helpful?yesno
Cookies help us improve performance, enhance user experience and deliver our services. By using our services, you agree to our use of cookies. Find out more.