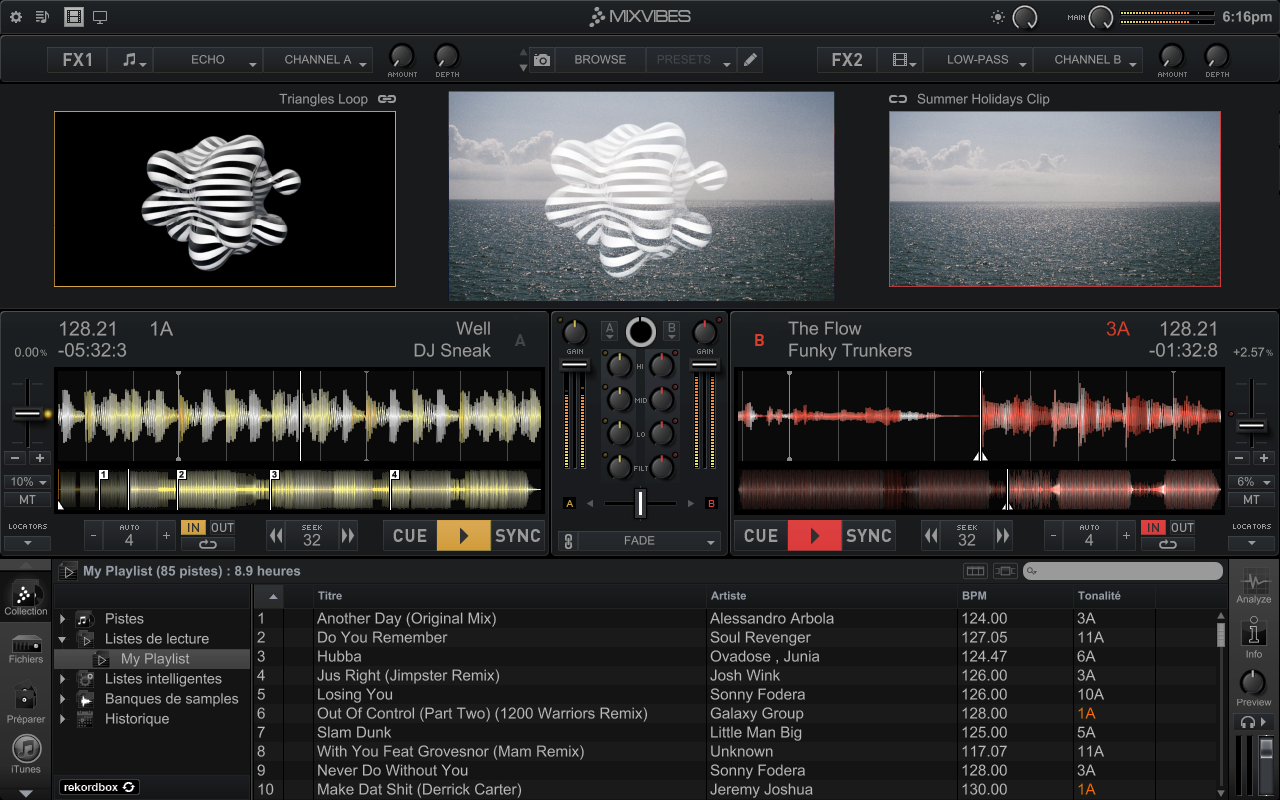 Cross for Mac and PC has been updated to version 3, which focuses on video mixing and adds improvements to audio.

In this third version, MixVibes added to Cross video playback, mixing and audio sync. You can also hot sample video thanks to the addition of two 4-pad samplers, edit these loops directly into the Cross 3 and save them to sample banks. Last, a Live Webcam input allows for filming the party in which you will mix, record video mixes and add them text and images. 35 transitions and 18 effects are included for video and you can use the display output of your computer for an HD diffusion.

But Cross 3 remains an audio mixing app, and Mixvibes also added improvements on this side, including a long-requested feature: colored waveforms. Mixvibes revamped the high, mid and low-frequency waveform display and you can choose between three Legacy (yellow and red), Nexus (blue) and Spectrum (multicolor) modes.

Cross 3 also received a new EQ preset modeled on the DJM Series and the software now supports Apple Lossless and WMA formats. Note that Pioneer rekordbox users can sync the software with the Cross 3 Collection.

All these new features are included in the Cross 3 paid version (109.99€). The free version was also updated with the addition of the video mix functions. More info about these new versions at www.mixvibes.com.