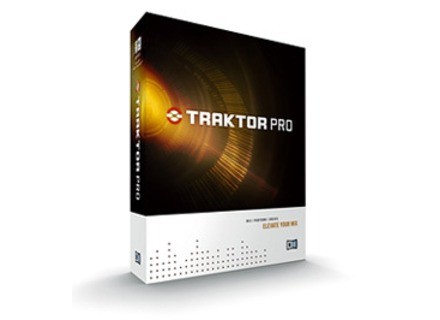 Native Instruments recently released Traktor Pro 1.2, a free software update for the latest generation of its digital DJ products including the DUO and LE versions.

The performance effects section of Traktor Pro has been further expanded in version 1.2. The number of independent effect sections has been doubled from two to four, now allowing users to assign different multi-FX configurations to each of the four decks. The list of effect types has also been expanded further with the introduction of the new Formant Filter, Peak Filter and the Beat Slicer.

Keylock quality is said to have been improved with the addition of the new Z-Plane Elastique timestretching technology. The new version also utilizes the advanced functions of the Pioneer CDJ-400 and Denon HC-4500 controller hardware including display support, and offers user-customizable HID controller assignments.

According to NI, further improvements in version 1.2 include enhanced cue point handling, a new deck caching technology with reduced memory footprint, a range of further optimizations for the unparalleled MIDI control features of Traktor, and more.

Most improvements of the 1.2 version are also included in the corresponding Traktor Scratch Duo, Traktor Duo and Traktor LE updates.

Availability
The 1.2 update is now available as a free download for all owners of the versions mentioned above. More information can be found at www.native-instruments.com/traktorpro12.info.