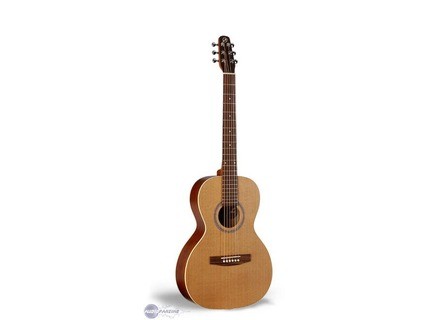 Value For Money : Excellent
View other reviews for this product:
Ct CHARACTERISTICS see Audiofanzine or the Seagull website - the one I bought is not electrified (that said, I have not heard as many microphones Seagull).
Small guitar, made in Canada, 14 boxes, no varnish, which causes (and yet I'm pretty careful) acclr aging ... Channel nice. Aesthetics only problem for me, the head, how do we call a, dj the top of the neck, I find it ugly trs. Petit, plutt ridiculous. We can not have it all. For less than 400 euros, all seems correct. Ah yes, last BMOL: for the price indicated no book cover, and given its size, I have not found (no long search) to cover fits.

To use ... Well, all dpend use, although sr ... I had to make the IDE dpart QLQ something approaching the blues, and to have a guitar gnralement mat, to make expriences tuning DIFFERENT, trs twirling ropes quickly, almost for fun (important, have fun, right?) but not cough up the thousands of euros ncessaires obtaining a "brand" (Gibson, Guild, or Maurice Dupont has since the spring 06 in the catalog a triple zero, as they say, but it takes at the del thousand euros) (I do not have the price prcis, is a trs nice site for a). So something lightweight, easy to transport, play ... be it with fingers or MDIA (v'savez, the finger picking). And I found what I wanted. Channel friendly. Ergonomics: I use a strap, because it is too small for me to press the thigh. Correct. No cutaway.

Saw what I described above, it is understood that should the Grand p'tite what I wanted. I used it in a kind of performance, and accompaniment sounds improviss qlqs songs outdoors without amplification: it sounds enough (it is always difficult to say a small guitar like a The ring can ... SETTING THE basic fact that it borders with relative ease, it is that's what I was looking for. I put in Xlight (l c'tait too soft for me) and the custom light phosphor bronze. I remember a blues guitarist (ct Bordeaux) who played a Large rises with ropes Argentina (gypsy): stony silent sound desire.

So that's six months APRS have bought (on the Internet, without having previously tried other than 5 minutes + evokes up with this singer guitarist of the Gironde), I'm tr s satisfaction. She took qlqs shock, it will take further, I added a protective plastic like flamenco guitar, a limited strokes MDIA, the complete lack of polish is probably the only true d need (yes, the head awful), but hey, for 390 euros ... in fact it is a good value trs-quality prices. Guitar fun and INTERESTED. Will probably lectrifier, the tudi I have not the issue. I put 7 / 10, I would put just two points in the + folk Dupont while it is out of proportion, but for the price quality ratio. Not for the value intrinsque. There's one that we should not ask anything, even when ...
See the source
Did you find this review helpful?yesno
Cookies help us improve performance, enhance user experience and deliver our services. By using our services, you agree to our use of cookies. Find out more.