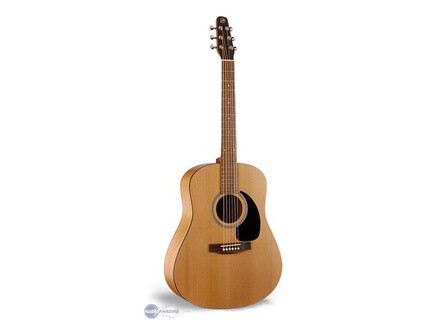 Buy this productView price information >
View other reviews for this product:
I've been playing for a year mostly finger picking. I like playing mellow rock and classical

I had bought a new guitar didn't spend the time to shop around. The neck buzzed got it fix but still hard on the fingers.One day I went to a small guitar shop and told the owner about my problem. He showed me a guitar played it pretty nice. then he handed me a seagull s6. It played like silk, just touched the strings and it sounded so rich and deep in tone. It was great. tried some others that were three times the money.But i had to have the seagull and bought it. It cost me 369.00 a little more then my first, but sounds like it would cost four times that

The guitar is very light, has great all over tone. tuners are great. Stayed tuned for days with lots of play.Very easy on the fingers can play for hours.

The only problem I see is the finish is very light you need to handel with care but thats what makes it sound so good and only gets better with age.

The construction of the guitar is great. Has great tuners. The wood is beatiful from the cedar face cherry sides and nice maple neck

From playing lots of guitars any time I see a shop. For the money you cannot find a better deal then the seagull s6.