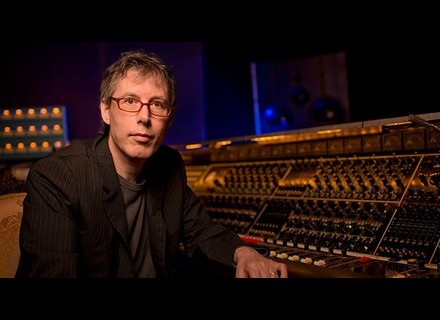 The sound of these two kits is inspired by two iconic songs: Jimi Hendrix’ Manic Depression and Led Zeppelin’s Whole Lotta Love, thus the name of the library, Manic Love.

Each kit feature one kick, one snare, three toms, a hi-hats, two crash and a ride cymbals. He used Zildjian cymbals, Ludwig drums and Supraphonic snares. The difference between the kits is the size of the elements and the drum heads.

The Manic Love audio files have a 24-bit / 44.1kHz resolution and are formatted for BFD Eco, BFD2 and BFD3. You’ll find in this collection 187 velocity layers, Room and Plate samples (only Plate in the BFD Eco patch) as well as three articulations for the cymbals, rim shots and rim clicks for the toms.

The Henry Hirsch Manic Love collection has a special introductory price of $89.99 instead of $99.99 for a limited time. You can listen to demos at www.platinumsamples.com.