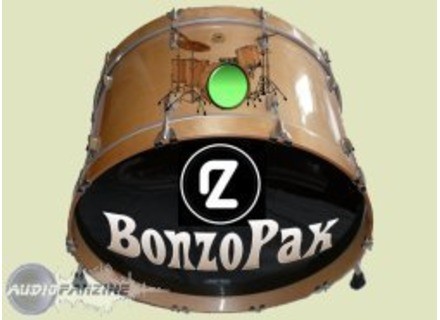 Rayzoon has announced the release of BonzoPak for Jamstix, a recorded Ludwig Maple kit with head selection and tuning based on the habits of the 'master' (John Bonham).

Rayzoo included the kit played with mallets as well as snare wires off. They tell us that a part of the big sound is the 17' high recording room used but, thanks to the controllable ambience, you can also dial it down to get a drier, tighter sound.

It has an MSRP of $49 but is currently available for the introductory price of $39.