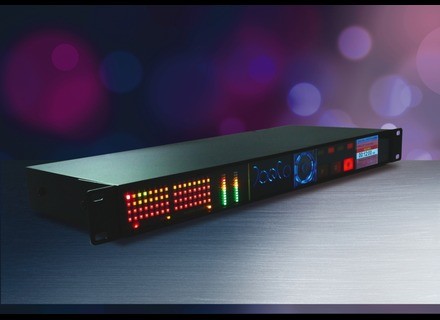 JoeCo Limited introduces the Blackbox BBR64-Dante Recorder that can record or replay 64 channels.

The BBR64-Dante is the result of JoeCo's collaboration with Audinate, creators of the Dante (digital media networking  solution). The original BBR-Dante system was released in 2011 and was able to record up to 32 channels of audio from a Dante network. The new BBR64-Dante now doubles that track count to 64, while still occupying one rack unit of space. The BBR64-Dante Recorder can connect to a Dante-enabled network device from a range of console and converter manufacturers. In addition to recording 64 channels at standard sample rates, it can also record 8 channels of analogue alongside 56 channels of Dante for capturing audience and ambience. Higher sample rate recording (88.2kHz and 96kHz) is also possible at a reduced track count.

As with other BlackBox Recorders, audio is recorded in Broadcast WAV format to an external USB2 (FAT32 formatted) drive and can be imported into a Mac- or PC-based Digital Audio Workstation for re-purposing. The BBR64-Dante will also continue to offer the standard BlackBox Recorder safety features, such as "Safe 'n' Sound Record Recovery" as well as providing metering and headphone monitoring of individual/pairs of channels via  internal PFL bus.