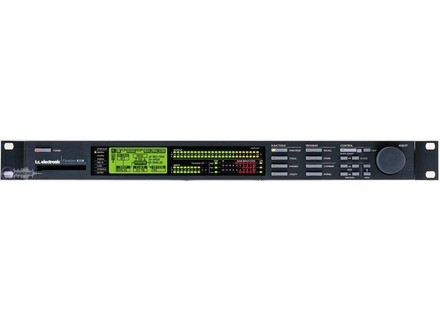 Buy this productView price information >
View other reviews for this product:
Described as "complicated" often in reviews, but I found it relatively easy to wrap my brain around. Some other goon described it as being "tube based", which is absurd (as you have probably gathered already), but the effects are totally artifact-less, which is nice, but can be modified to add some grunge (try going a little nuts with the Normalize function).

Okay, so, for the $549 price tag, I couldn't pass up the opportunity to use the thing solely for its "insert" capability. Here's the scenario, I have two effects units that I am really fond of, but the build-in ADC/DAC components are garbage. What I wanted to do was chain the effects via the s/pdif i/o... Here's where the Finalizer made itself awesomely useful. I made use of the first insert, making the Finalizer use the s/pdif i/o as a digital insert. I was able to make use of the superior ADC/DAC components in the Finalizer 96k, and, when I want to, I can make use of the additional utilities in the box, which are snazzy.

Buying a comparable ADC/DAC (lucid 88196 comes to mind) for the same purpose would have cost me 2 to 3 times as much. Aaaaawesome. Also, I need s/pdif (which the lucid doesn't have), not AES/EBU, so, yeah, there's that.

Pristine. No artifacts, great noise floor. Perfect for my needs.

If I needed to replace this thing, I think I would now have to pay fair market value, but it'd still be worth it.
Did you find this review helpful?yesno