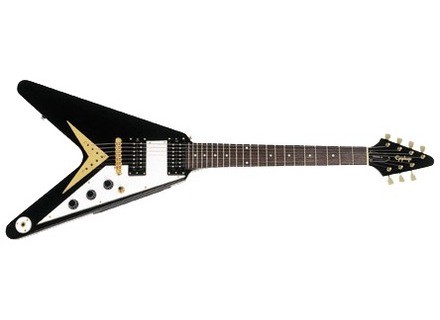 View other reviews for this product:
Bought from Sheffield Academy Of Sound for a lowlow price of £199! (was £399). I needed a first guitar, this was about as cheap as a shitty squier but 100 times better.

This is an amazing piece of arcitechture. Very well set up, one more string than the average guitar - not so I can play some crummy Slipknot/KoRn nu metal pants, so you can go that extra bit further when soloing! Also, I think I am allowed to call it a real Gibson.

The switches were cheap and one was faulty, but easy to fix. Quite cheap strings.

Very good piece of kit. Not too heavy, even though it has got a bit more body than the average guitar.

Buy this if you see it for less than £300, definitely. The 6 string is as good, but you cant do quite as much on it.