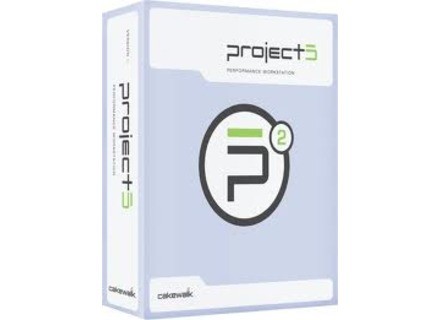 Project5, Electronic Music Sequencer from Cakewalk in the Project5 series.

View other reviews for this product:
Installation without problem.
No Incompatibilities.
The manual is a bit lightweight but the software now comes in 3 languages ​​(English-German-Franais). Mfier is however some dealers (see Brosbill) that n'hsitent not swing versions in English only by making you believe otherwise, then learn from the vendors. I would add that show Piano Project sent me 5 e-mail assuring me (I kept and I can produce it) it was the multi-language version, not only c 'false silent but in addition, it is a product that has traveled the plastic case is not original (usually a double CD case with N SERIES printed on a label al Casing in e) s the serial number is indicated on a card of Piano Show, not normally like this and Casing Casing is a piece of plastic r CRF I do not know o. APRS me that he was a product of dstockage and they had removed from the catalog, they still offer the product on AudioFanzine and on their website, it borders on scam. APRS having contact several times, I realized they was walking. Rather than admit their mistakes, they persist in the lies (there is no longer the product, I swear on the head of my son! (See Jrome and Patron) and they incriminate Edirol. I ask them simply LGAL version of Project 5, new, in French and in perfect state, it has a deal: they're the gossips and not me!
Version 2 due out in April is free for those who bought version 1.5 aprsfvrier 2005. INTERESTED so intelligent and politically supporting Cakewalk product that MRIT. Just Tlcharger document in PDF format from the site Edirol France, fill it and send it by registered N SERIES, a copy of the invoice and a 18-chque Edirol GB euros. The product is very greedy and accept them wisely intgrant all vst and dx of the market. Moreover, it seems that the advantage for the edition of Roll the new version will be closer to that of Sonar, more ergonomic, which is not luxury. While Mr. Cakewalk, a little effort on ergonomics and a French version complte soft + doc. Because the product is good and trs MRIT be widely known to the general public and therefore encouraged by all those who use dj! Go to the site www.project5.com. You'll find DMOS, the vidos, tutorials in flash Tlcharger, a club, in short everything you need to get an ide.

Medion P550 3.4 GHz.
Stable configuration.
The software runs with the sound card Intgr the motherboard (8.1) and frankly, I cofiguration bluffing. I wonder if this does not turn the cards better than the market. But there is a but, it lacks the MIDI is Gnant. But in terms of audio, a roll!

I use it for 3 months.
J'apprcie big possibility that the product esprant version 2 is that of maturation as they say on France Inter!
See the source
Did you find this review helpful?yesno
Cookies help us improve performance, enhance user experience and deliver our services. By using our services, you agree to our use of cookies. Find out more.