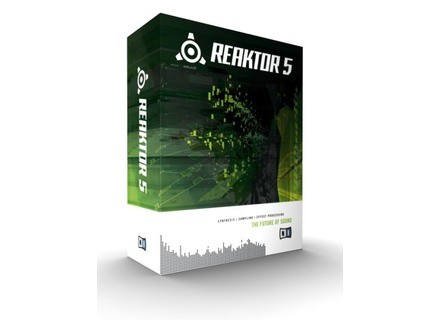 Reaktor 5, Environment for audio development from Native Instruments in the Reaktor series.

View other reviews for this product:
Reaktor 5 seemed to be great at first glance. But they layout of it was so much different than the other VST’s that I was use to it almost made this plug in unuseful to me. I have and have had it for a while but I hardly every use it just because I really don’t like the interface. Most all VST’s have the same style of interface and layout but this seemed to be so different to me. Plus the cost of it alone is over 300 dollars. I wouldn’t pay that much for this at all. It came with a bundle that I purchased a while ago and it has been the least used plugin that came with that bundle.

I wish I understood it a little better because so many people keep saying its so good. I have even tried opening the manual and trying to get to hang of it but the manual just seems confusing to me. I am old but not that old. So I guess it was just one of those softwares that just wasn’t for me. Thank goodness that I didn’t pay for just these vst. I am not even sure if they have a free version or trial verseion for you to try before it you buy it.

If you are looking fo rmore presets and really don’t want to mold and make sounds your self then I would say don’t get this. This program seemed to be more for someone who is into sound design and creation rather than jus at musician or producer/music creator. Maybe one day I will take the time and start over with the program and see if I can get it right but for now I will just leave it sit there untouched. There are so many other vst’s that are way better.