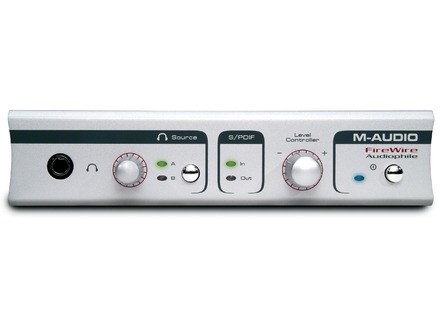 View other reviews for this product:
See below if

The drivers are talking about
When I bought it has worked fairly well except the volume knob that worked when it wanted but hey if it were only that.
PC A couple months later the card cut like that she would have flashed from time to time.
Well then I went to MAC and never worry while traveling.
Now I buy a Mac with Mac OSX Snow Leopard and the audio works, but more for MIDI (with my machines and electribe mc909) j I search for half a score of days in which to go mad trying several drivers nya is nothing so I went m bought a roland midi interface and now working again perfectly My noon.

In conclusion n NOT buy this card.
Farewell to my M Audio
See the source
Did you find this review helpful?yesno
Cookies help us improve performance, enhance user experience and deliver our services. By using our services, you agree to our use of cookies. Find out more.