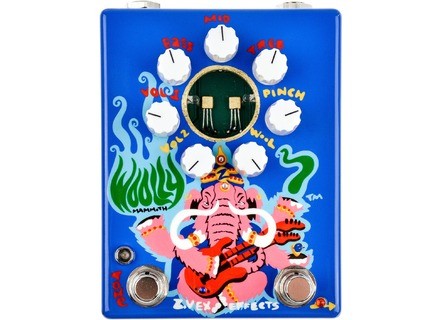 It also has a dedicated footswitch to turn the EQ on and off, and independent volume control knobs for EQ on (Vol 1) and EQ off (Vol 2). The WM7 fuzz without EQ is said to have its own unique voice, much different from the sound of a WM7 with tone stack or the single tone knob of the standard Woolly Mammoth, as the fuzz is more linear, with pronounced mid frequencies.

ZVex has also included its Plexiglas window, "to see where the magic happens".

The Woolly Mammoth 7 can be ordered directly from ZVex's website for $499.