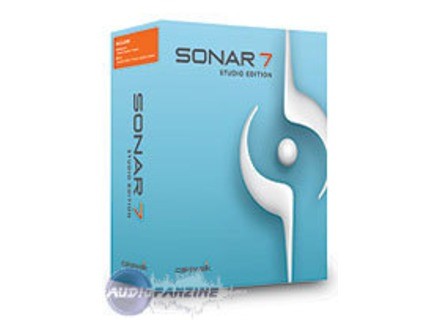 View other reviews for this product:
Sonar 7 installs problem free on my computer. I have had to install it a few times now actually, and every time it works perfectly. Good thing, because I don't have a ton of patience with computers. I don't have any issues of compatibility with my computer. The setup is pretty simple, the screens just walk you through every part of the process and you just check off what you want or don't want. The manual for Sonar is huge and very detailed, so I would be very surprised if they missed a single thing. Documentation is very good on this program.

My computer is a custom pre-made computer from Sweetwater. They make really fantastic computers for audio production, so mine was tailor made to work with Sonar. I am not sure how a non-audio or regular consumer computer would work with Sonar though. The performance is very good. I have seen other people run DAWs on their home computers and they can be very sluggish, and they can't run very many plug-ins. Sonar is super fast on my computer though. It does crash sometimes, but then again it seems like most DAWs do, so I don't really think that's an issue.

I have been a Cakewalk user since the DOS days. Maybe it's just because I am so used to the workflow within Sonar, but I really can't picture using a different DAW. Especially these days, Sonar is so packed full of free plug-ins and software synths that is such a ridiculously good value. I really think this is by far the best DAW out there, I will stand by that. It's an extremely good value for how easy it is to get pro results and for how much bonus software you get. I would make the same DAW choice again if I had to.
Did you find this review helpful?yesno
Cookies help us improve performance, enhance user experience and deliver our services. By using our services, you agree to our use of cookies. Find out more.