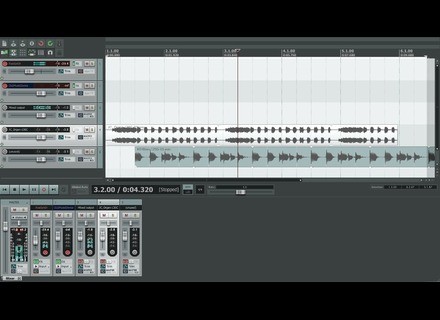 View other reviews for this product:
6mb download, no incompatibilities with my system. The setup is rather simple, but it can prove to be very complicated if you decide to get your hands dirty and enjoy making templates, modifying the basic worklfow, even creating a fully customized interface, which is possible. Nevertheless, it's easier to learn than Cubase or ProTools once you spend a couple of hours with it.

I'm a user since V2. I like a lot of things about this software. Its usability, its setup and routing flexibility, its lightness, its stability, and a bunch of other things, like the fact that it's fully skinnable. It's as effective as the major players in the market, but with a fair price for private users ($60). I renewed my license as soon as it was available, and if it lacks anything compared to others is that you sometimes don't know where to find something, but the software itself has no limitations. So, as usual, you have to test it in detail to understand how it works rather than try to keep the same habits you have with Cubase, Protools or Live. It has its own workflow, which you can adapt ad nauseam when you have discovered its secrets.
Did you find this review helpful?yesno
Cookies help us improve performance, enhance user experience and deliver our services. By using our services, you agree to our use of cookies. Find out more.