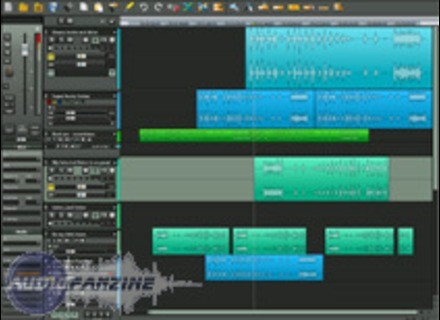 Samplitude 11, General Sequencer from Magix in the Samplitude series.

« Great software just not good enough for me »
4

View other reviews for this product:
The Magix Samplitude 11 is a very basic and simple program to set up and operate. Its basically a watered down version of some of the more powerful softwares on the market. Though it claims that it can do everything that most softwares can but there is just no way you could do everything with it that you can do in pro tools cubase and or fl studio. I have experienced this first hand with my nephew. He was using this for a while because he really couldn’t afford pro tools . Samplitude is very affordable and that’s probably why most people purchase it because the price of pro tools is pretty high these days. You can do some basic recording in it though and get some good demo’s. But I wouldn’t try to go into too much depth with mastering or even mixing your songs because it just doesn’t have the tools and capabilities that you would need to record a master song on it.

One thing that I can say about this software is that it is very very stable. Its almost like it was made to come on your computer with the way that it runs. It wont crash or get buggy on your. Its just not a powerful enough software for me.

Overall, if you are new to recording and doing songs from home this software may fit you perfectly and could lay down the foundation to start understand how to record and cut your vocals in from certain parts. Bu if you want to get into using effects and mixer tracks this program wont do you any justice. Its just not powerful enough for that. ( in my opinion but im sure the developers would argue otherwise). Great program but not for me and after using pro tools there is no way in heck you can start using Magix Samplitude and get the same results and satisfaction.