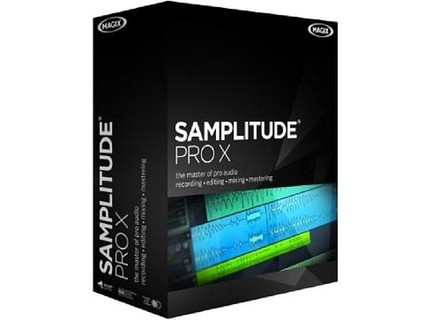 Value For Money : Excellent
View other reviews for this product:
Installation is hassle-free, I bought the download version because I was right in the redesign and relocation of my homestudio, then press relations.
I had some fears of adaptation and incompatibility because I went directly from the version 8pro to it and I had a check the next day. Finger in the nose, quickly found its mark, the logic remained the same, except for 2-3 features that I found it difficult to find.
I have not had time to read the manual ... I'll take a look later if problem.
Question configuration, easy? it depends, we must already understand the words, someone who knows will have no great difficulty for a beginner is a little more hardcore, but there are probably way to start with a basic configuration " factory "and trainer in the manual to try to make best use of the software's capabilities.

Motherboard: P5Q Proc: Intel QuadCore 2.4 GHz Ram: 4g Soundcard: MOTU Ultralite mkII and PowerCore
The software does not flinch, knowing that the version 8, I had some problems and resources of buffer on the hard drive as soon as I got to mix (and therefore plugs, eqs, and many tracks). More problems at the moment, knowing that I pushed him into a corner on multiple records I do. Is it better to accept my sound card or it is more stable?
Some problems to initialize a few plugs on the first start, but easily resolved

I use this version for 3 weeks, but I use Samplitude for almost 10 years, I bought this version because relatively cheap compared to other versions (500 euros against 900). I work occasionally on Logic (equipped with buddies mac), unfortunately I do not really detailed things on it, but it seems to me much less flexible. When I use ProTools to be honest, I think the software more stable, especially in HD (necessarily). After that, I think most every professional has his software of choice in which he can do whatever he wants without thinking, so I will not get to judge technically and practically the other DAW.
+ What I like:
- The treatment object by object (which was samplitude)
- Ease of editing and mixing
- The quality / price ratio
- Pressing standard RedBook
- Automation of plug (it's not new, but it was a struggle on the version 8)
- The internal effects and samplers to download
What I like -:
- I will tell you that the first bug (I could rant on, like any self-respecting sound engineer)
See the source
Did you find this review helpful?yesno
Cookies help us improve performance, enhance user experience and deliver our services. By using our services, you agree to our use of cookies. Find out more.