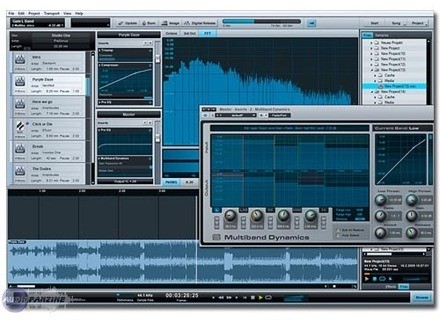 PreSonus announced that it is now shipping Studio One 1.5.1, the latest update to the company’s music recording and production software.

This is a free update for all registered users of Studio One Artist and Studio One Pro. To update their software, users should log into their PreSonus accounts and download the new version.

In addition, version 1.5.1 optimizes the program’s overall performance, improves mixdown speed, and fixes at least 30 known issues, including:
• Next and Previous Marker command was not working with some MIDI control surfaces
• Video was disabled in the demo version (now enabled)
• MIDI Time Code stutter in loop playback
• MP3 export used the wrong image tag
• “Out of memory” crash when loading large SF2 (SoundFont) files in Presence
• MIDI notes did not stop sounding (were “hung”) in Ableton Live through ReWire
• Instrument Part Editor height was too limited; now it can be completely vertically sized