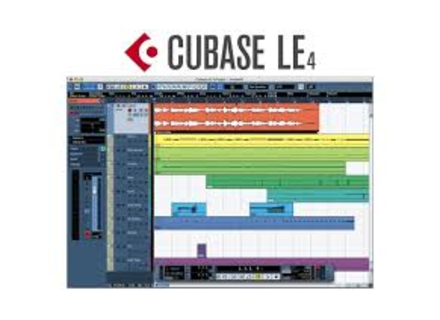 View other reviews for this product:
Well, since you are here, you probably are considering an interface that bundles Cubase with it against another interface with another program. I want to let you know right now that Cubase is probably the biggest pain in the butt that you will set up. I do not mean to sound overly sensational, but if you are considering trying to use a lite version of this program, it is likely because you are just getting started. Cubase is not incredibly intuitive to open for the very first time because of all of the menus you have to go through to start to route the audio and set up the inputs and outputs and midi devices and what not Without a doubt, just about every other program out there is easier to learn the basics of audio on than Cubase.

Cubase is in and of itself a tried and true program that does indeed get the job done once you figure out its ins and outs. That being said, Cubase is known in the industry at being particularly great at handling data from midi files and inputs. This means that Cubase lends itself well to electronic and computer musicians. The thing that makes this particular lite version of Cubase less appealing then, is that this version is geared toward the beginning recordist, which means that it is lighter on features. It has less of the plugins that make the main version of Cubase appealing, and it certainly lacks the amount of options for midi file manipulation that the main point and selling point of this digital audio workstation is gone. Did I mention that so far, all versions of Cubase are unbelievably draconian in how they handle audio resources, and tend to crash a lot if you strain the program? Well, now I have!

There is absolutely no point to this program. It is simply hands down a worse option than any of the other lite digital audio workstations because it is frustrating to beginners, and because the main version's eventual draw and appeal do not sufficiently apply to it. Stick to something else more intuitive than Cubase and focus on music instead of fiddling with your program.
Did you find this review helpful?yesno
Cookies help us improve performance, enhance user experience and deliver our services. By using our services, you agree to our use of cookies. Find out more.