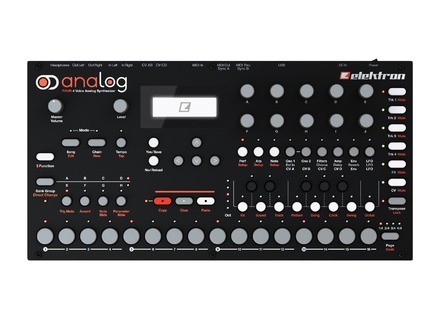 Elektron has launched the public beta version of their Overbridge utility plug-in, which has been expected since Musikmesse 2014.

Overbridge is a VST and AU plug-in for Mac OS X and Windows that allows for Analog Keys, Analog Four and Analog Rytm integration with your DAW via a USB cable. You then have the ability to design sounds from your DAW and control them at the same time via the knobs and buttons on the analog devices. Overbridge also supports for automation, sequence, filter and waveform manipulation, effect addition and you can store the results within the project in your DAW.

Currently in public beta v0.9, Overbridge has still some restrictions, for instance only the VSTi format is available on both Mac and Windows (AU for Mac will be released with v1) and Elektron is already planning on adding more features in the future.

Owner of the Analog Four, Analog Keys and Analog Rytm can download the Overbridge public beta for free from eu.elektron.se/overbridge/.