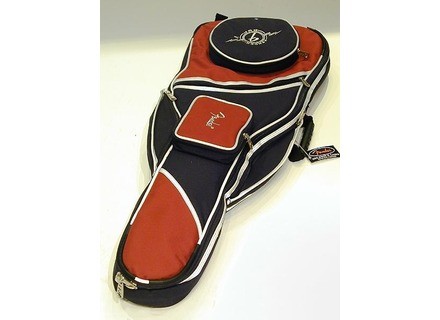 View other reviews for this product:
I've been in bands for approximately 50 years (from age 11) ...starting when the only aspiration was to emulate Hank Marvin (not a bad thing!) After using various makes of guitar eventually obtaining a '63 Tele' (in '63) and still possess. Musical tastes since those early days have transformed into a liking for Steely Dan, Eagles, Larry Carlton, Jay Graydon and more recently Guthrie Govan (a good ol' Chelmsford born Brit). I'm yhinking of joining another band now the smoking ban has become the norm!
...and as always, I still don't expect to make any money!!!

Strat Ultra 2nd of 2 (1st one stolen was Ebonyburst) is Blueburst and a good workhorse with enough tonal variations to satisfy the most picky of muso's. Purchased from a shop in Birmingham (U.K.) for the sum of £800.00 approx' and with h/c

The comfort this guitar provides was such that when purchasing it, I never even test drove it, knowing that it would be as good as the one which was stolen. The vibe unit is true and returns in tune no matter how frantically it's played. Like all solid Fender guitars, they will lay flat on a horizontal surface without putting any strain on the neck....a plus when space is at a premium!

If there is a complaint, then it's a cosmetic thing, and it appears to be on post produced CBS models inasmuch: - I would prefer to see the twelfth fret double dots sitting directly beneath the A & B strings as opposed to slightly towards centre of the afformentioned.... my old Tele' dots sit beneath the A & B and I think it's more Fender looking.
'just a personal preferance you understand and nothing to mope about....

The feel of the guitar transmits to the player that it is a robust piece of kit, equal to and surpassing most of the other and new manufacturing luthiers..... you know what you're getting when buy Fender, I do!!!... I have four.

I would like to think that I've captured al that need to be said relating to this product.... I'm not even sure that this model is still in production if not, then that's sad. But, if it is then maybe more plugging is required, after all, I'm sure there are far too many "signature" guitars around becoming "old hat".