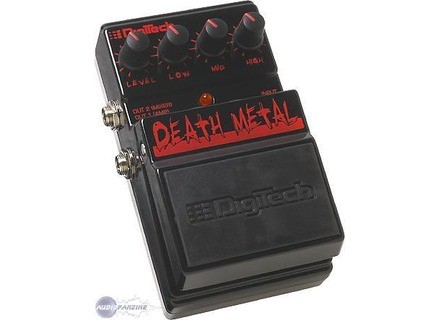 Death Metal, Distortion from DigiTech in the X series.

View other reviews for this product:
SATURATION PDAL of asses extreme, indeed, the name "death metal" is well suited to the craft.
It's numrique (well so says the record that goes with it)
There is an originality to what input and output, more output console simulation with 12 hp 4 * british.

1 level equalization and bass, middle, trebble ... rglage and no gain, it is the max and stays there. Any fawns when achte pedals with a crit "death metal" in red blood on it is that has not be used for a blues crunch to Popuri: p

We can not RVer easier if you turn a knob means the diffrence right away, it is EXTREMELY prcis a real rgal ... Can be gathered both have dug in his ultra mdiums to the nag, with a powerful sound and sharp mdiums ptent that the head (in a good NSIS the term) for solos.

Little less on some rhythm, if not quite the legalization RULES can do a draft, when I tell you that it prcis is that of bte ncssite rglages quite thin in terms of what we want exactly

... and combinations are important, a real rgal in the end, when even.

As adj t say, it's pretty extreme saturation as it was easy to make a big palm mutting dcollent that the tapestry and make a whistling harmonics to double pter glass ... A rgal for thrasheux that will have power to spare, and for blacks and other deatheux mtalleux that have a saturated sound you back the guts ... The grain is relatively tight for the "made in United States," and both my j'apprcie PERIOD Black metal, the pedals it lends itself well trs.

I use it with a Warlock and a big combo transistors 100 watts with 2 hp 12 ", as that was spitting hard with the disto trs buttocks ... big sound, a bit cold, normal j ' did not in my loupiotte bte, but I like a. APRS there's no secret, the more your hp will be bigger and you will have more watts and the distortion will be expressed, in short:

(I am biased, I know but I want him to 10 especially for the price drisoire!)

My having been 8 months, never had problems with.
I love the sound, big, tight grain a little cold tit ... if your ports on the black you'll love, and thrasheux navigate, even when the sound is pretty standard.

my having paid 70 euros in Paris, I love my girlfriend is jealous. In addition, compared to 120 that costs a boss MT2 (which I hate her, personally, I, ego) there's no photo, I would do this choice rather than a double!

(I almost put around 10: p)
See the source
Did you find this review helpful?yesno
Cookies help us improve performance, enhance user experience and deliver our services. By using our services, you agree to our use of cookies. Find out more.