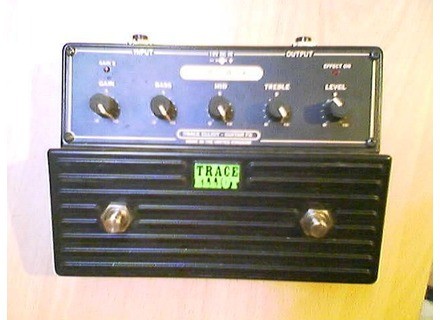 View other reviews for this product:
Effect: DIRT, a fuzz powerful and rhythmic with a runny or sustain strong
depending on the gain.
Five knobs, Gain and Level, three band equalizer.
Two switch for two gain levels.
100% analogue

Connections: input / output jack 6.5 mono, it must be said that so well that it is difficult to remove the cable!
Metal Case, large and heavy.

The configuration of the effect is quite simple,
we must seek its prfr and sculpt using the equalizer.

I had some trouble when I used this pedals, but adds another disto ... ca exploding solos: sustain, even screaming!

I use it with a copy of strato Marathon, all of that
the pedals did his job properly trs, rhaussant signal limits hazardous amp!

Repeat the choice? No, I'll sell it because I do not play with for years.
No doubt this "lady" was something supernatural in his ... balls! Powerful
but too oriented anes '70 (I think).
See the source
Did you find this review helpful?yesno
Cookies help us improve performance, enhance user experience and deliver our services. By using our services, you agree to our use of cookies. Find out more.