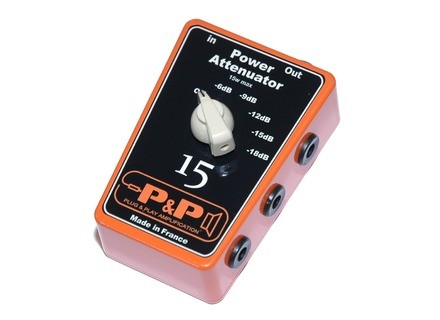 Value For Money : Excellent
View other reviews for this product:
Clean job, no complaints, beautiful work.

I put 9, I would have liked one more level of attenuation.

Connected, we play ... Don't Give a ...
Be careful though not to mis-connect things ...better double check.

super clear sound very hot but very strong (even if small ad 5 watts) so 90% of the time throttled to death for a reasonable volume lounge.

the sound is just weaker and it is amazing, I expected a somewhat muffled sound like I used to hear with other attenuators on other amp but there it is anything, the sound is the same with or without a safe with one of the potential benefits of its optimum gear without busting ears and the neighbors

I received this morning, tested on.
Last night I played at a volume, now I play at 11 lol.
I rediscovered my gear, that's what i like but that was mostly unusable.

So in the end, because I put on my 9 class A 5w, ONE 12 ", while thoroughly lacks an additional level of mitigation that will be perfect, but it's great