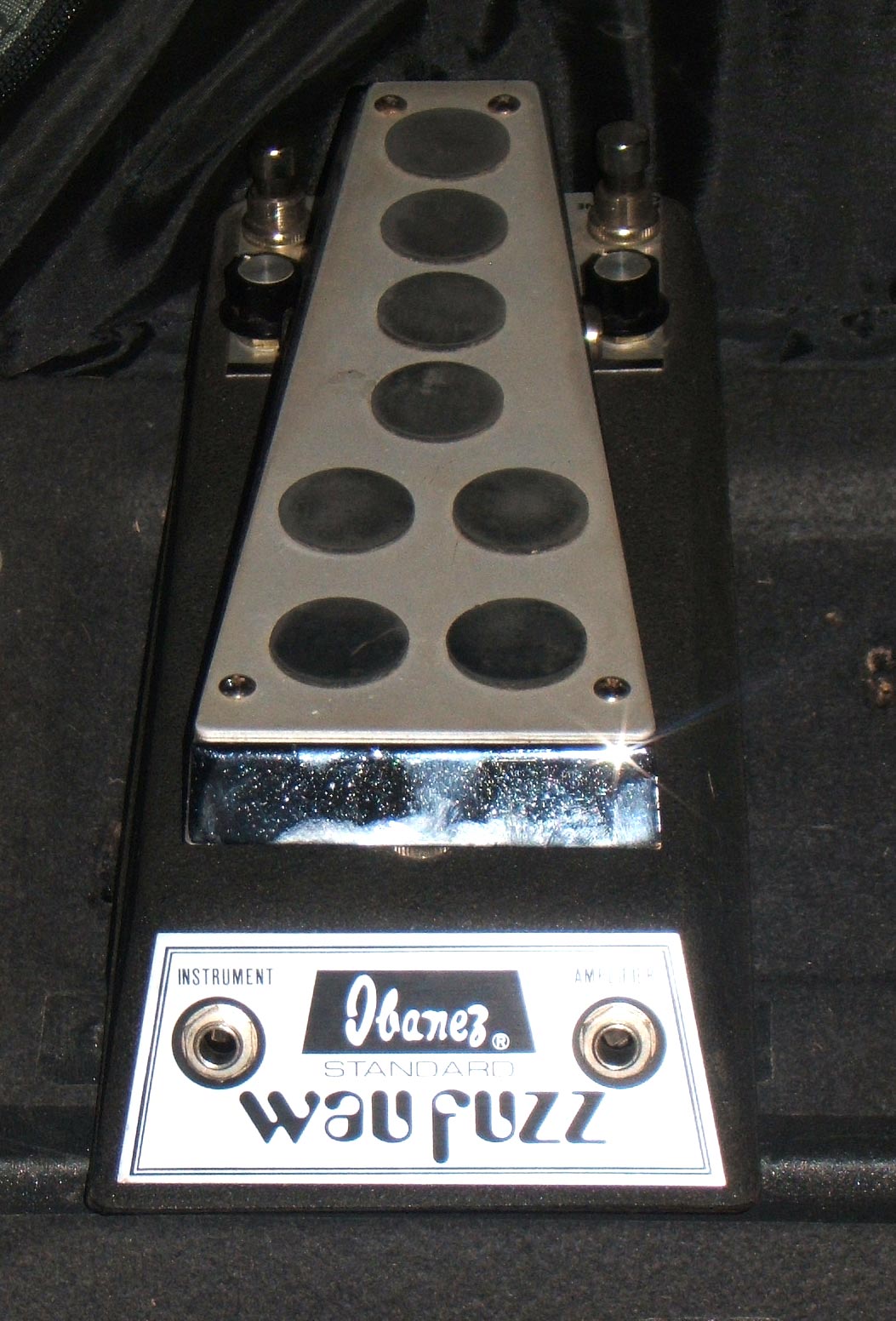 View other reviews for this product:
Da_gratteux
Publié le 06/30/04 à 10:57
Wah wah standard, a PDAL, jack in, jack out and go! VERY robust manufacturing, the one I use, my first dj was using has its beginners in the 70's ... 30 years and still no one erraflure, except may be the black plastic with a little white

No bowl, manual t lost somewhere between 1974 and today) seriousness, y 'there is no need labeled "instrument" on the jack in and "boost" the output, and no knobs, just the pedals, you can not RVer easier ...

But I have not a thing, just may be my amp, a Fender FM212R, when I connected directly between the guitar ampl iet, it sounds not need to plug it into the effects loop of amp ... even when I put 10, it is probably more than my stuff

I use it with my strat USFI affinity and as I was IDIT above, a fender FM212R ... Ben sounds good, I have a good amplitude, but in the down position and the tweeter is trs garish, but must be arranged in rglant the Tone at the scratch or add bass on the amp, in short, the sound is pleasant without being too pronounced, however, than a cry baby ... (Then just may be that dinosaurs is one which is almost twice my age

It's solid, sounds good has it done well and collector tripper to play on a vintage wah-wah (and can be the proud in front of friends who play on any multi numriques rotten MOUHAHAHAHAHAHA) hum ... It was my first silent and I did not buy, but if I had exprience with the choice (MODEL this is no longer available of course) I will take probably and then the cry baby to have an effect more pronounced wah ... (even when I know what gives NEW ibanez lol)
00