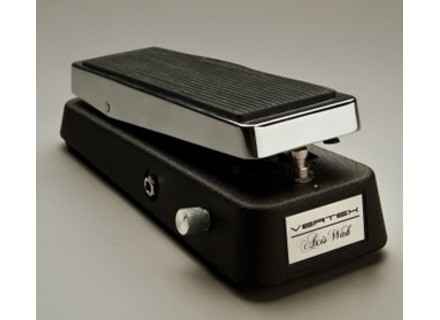 Vertex Effects has announced three pedal additions to their lineup, including modifications of two existing effects.

The Vertex Axis Wah is a vintage Wah-Wah pedal, designed for the most vowel-like and vocal characteristics. The Axis Wah uses a hand wound Halo. The wah features a unique "BODY" control to adjust the intensity of the wah to pair it with single-coil and humbucking pickups. The Axis Wah is matched to unity gain, allowing the signal from the guitar to remain consistent whether the effect is on or off, according to Vertex

The Vertex Volume/EXP Pedal modification is a passive volume pedal. The modification begins with the platform of Boss FV-500 volume pedal, and then strips unnecessary components, re-wires the potentiometer to the input and output jacks with ribbon wire, and simplifies the circuitry to its most basic elements. According to the company, the modification transforms the quality of the pot taper and sweep of the volume pedal and yields an OPEN sound that interacts better with the guitar and amplifier. Available in both stereo (low impedance) and mono (high impedance) versions.

The Vertex Landau Stereo Chorus is the result of a modification developed with guitarist Michael Landau to re-engineer the sound and specifications of his original Arion SCH-1 Chorus with a few new features. The modification begins with the platform of an Arion SCH-Z, but then redesigns the circuit to replicate the sound of Michael's original Arion SCH-1 (originally a factory defect), and adds a second chorus voicing with faster chorusing speeds and greater intensity.