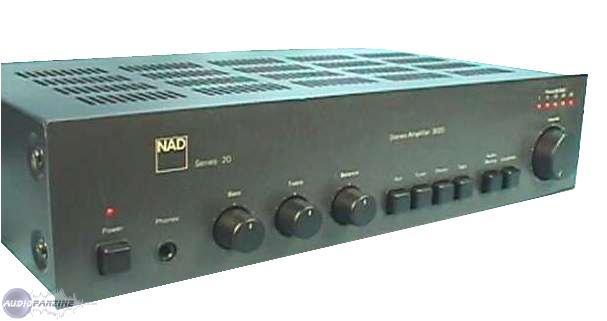 View other reviews for this product:
Anonymous
Publié le 06/12/05 à 15:56
This amp is a legends.
amp is the best ever released by nad (and its drive, 3020 a or b, 320 etc. ...).
released at the same time as the Premire Golf GTI is exactly the same philosophy!
sold for two times 20 w, 2 times he allgrement 37 w. ..
then 2 times in 40 versions ultrieures.
soft cliping the rear (for crter sweet as a lamp. dconnecte we if we do not intend to crter!).
clip connecting rca, and between prampli amp derrire.
practice to link a table from the amp directly into (and out of the RIAA phono direct between two slices of the mixing desk!).
real music.
some have a button "defeat" to bypass the bass / treble, compltement.
TRS is a good amp.
vrifier the trs old are not just spitting or dsquilibrs (right / left) at the knobs.

I have one who is thirty years (bought new!) and one who is ten years ...
it is ten, considering the price.
00