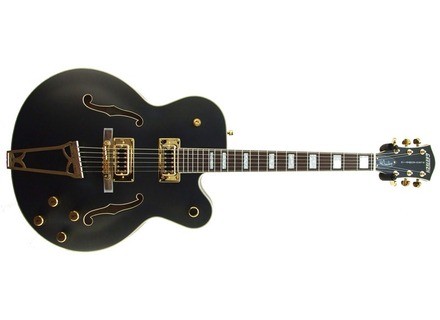 When it comes to punk music, Gretsch is not really the first guitar brand you think about. And yet, Tim Armstrong, Rancid's famous guitar player, chose the US brand for his signature model. Overview of the "no-future" Gretsch. 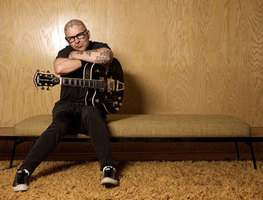 The brand has been offering special and signature models for a long time. We have already tested here a model customized by pinstriping artist JimmyC. Moreover. Gretsch has already collaborated with big names in the guitar world including Chet Atkins and Brian Setzer (The Stray Cats), as well as hard-rock artists like Nono (Trust) or Malcolm Young (AC/DC). With Tim Armstrong, Gretsch takes one more step towards sound brutality!

Rancid is a punk rock band from California created in 1991 by Matt Freeman (bass) and Tim Armstrong (first guitar player to walk on the moon) who came from the ska punk band Operation Ivy. Rancid, together with Green Day and Offspring, was part of the American punk revival in the 1990's. Their bestselling albums are "Let's Go" and "...And Out Come the Wolves" (and its hits Ruby Soho, Time Bomb, etc.) respectively launched in 1994 and 1995. Rancid became a cult band in the punk and ska punk scenes and influenced bands like Good Charlotte or Simple Plan. After a somewhat slack period from 2004 to 2007, in 2009 the band launched their latest album "Let The Dominoes Fall," which has enjoyed critical and commercial success alike.

The signature guitar presented by Gretsch is a replica of the left-handed punk rocker's favorite: a '71 Country Club. 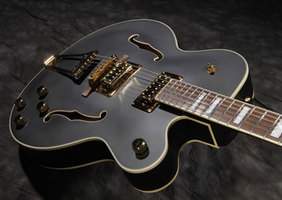 The G5191BK is an "Electromatic" Gretsch, which means that it is made in Korea, unlike the more expensive and high-class guitars made in Japan. The guitar is based on the Hollow Body Country Club shape with a single cutaway and a special dark, matte gray urethane finish.

The hollow body is made of laminated maple and has two four-layer bindings (top and back), while both F-holes have a single-layer binding. The neck is a single piece of maple wood with 22 jumbo frets, a 24.33" scale and 1.69" width at the nut. The rosewood fingerboard has a 12.6" radius and acrylic "block" inlays. A zero fret in front of the nut makes open strings sound like fretted notes.

The black headstock with three-layer binding includes a truss rod cover signed by Tim Armstrong and golden, lubricated Grover tuners. The rest of the hardware is also gold-plated: the Gretsch controls with the famous "G", the three-way toggle switch and the screwable strap pins preventing the strap from coming off the pins. The bridge is a classic tune-o-matic bridge with a rosewood bottom, while the harp-like tailpiece is fixed: no Bigsby for punk rockers!

The electronics include two Filter'Tron black and golden humbuckers that give the guitar a nice look. The three-way toggle switch for neck, bridge or neck/bridge pickup selection, and five pots (volume and tone controls per pickup plus master volume) round the electronics out.

The guitar is sold without a gig bag or case, which is a pity for an instrument worth over $1,000. 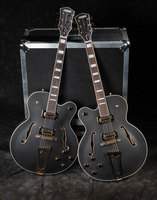 The guitar is really light and very comfortable. The short scale is an invitation to use heavy strings so don't hesitate to string it with a 11-48 set — the guitar remains very easy to play: a real pleasure! Thanks to the fixed tailpiece and the Grover machine heads, the guitar stays easily in tune, unlike most Gretsch Electromatics often equipped with low-quality tuners and a Bigsby tremolo bridge. An important remark for our left-handed friends: a lefty version is also available, considering that Tim Armstrong himself suffers from this awful handicap!

To test the guitar, we chose a The Valve 2|50-1 amp feeding a Two Notes Torpedo VB-101 whose output was connected to a RME FireFace 800 via S/PDIF.

The output level of the pickups is not excessively high but enough to make some noise. We compared the guitar with our faithful Les Paul without changing the amp settings. 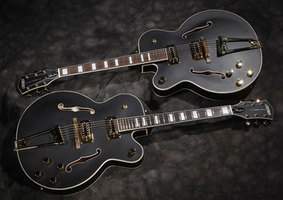 The Gretsch clearly has a lower output level than the Les Paul, but the sound is smoother and pretty aggressive. The sound is rusty and screams properly! The bridge pickup has a strong character too with a fat and aggressive sound.

The guitar also delivers with clean sounds: the neck pickup is well balanced while the bridge pickup provides a nice twang. You'll recognize the typical Gretsch sound from the first notes!

When you hear that nice crunch sound, you'll start thinking everything is good with this guitar... The sound has a strong character but still the instrument remains quite versatile. This guitar is not limited to punk rock and it will certainly perform good with softer music styles!

Gretsch offers an interesting signature model with a rich and original finish and a pair of good Filter'Tron pickups with a strong personality. Among its major pros are that the instrument is easily playable, well balanced and not too heavy is spite of its wide dimensions. The Grover machine heads and the fixed tailpiece ensure a very good tuning stability. We only regret the lack of a gig bag or case — a must have for an instrument with a price tag of $1,150... We can honestly recommend the G5191BK to all punk fans... and the rest of you!