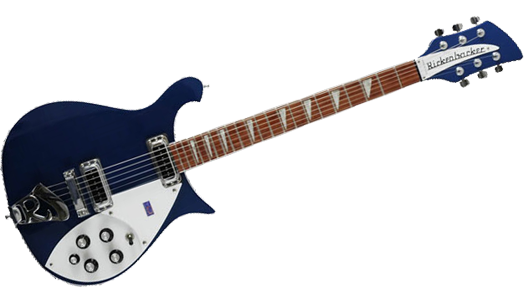 View other reviews for this product:
TheGrandWazoo

Publié le 12/23/17 à 10:59
Value For Money : Excellent
Audience: Advanced Users
I use this Rickenbaker 620 with an ibanez TSA30H tube amp (a very good small amp that I can only recommend), and I mainly play rock.
Excellently built: solid maple, neck-through construction. Quality can be felt. After a time to adapt to its thinness and short length, the neck appears comfortable and pleasant. I still had to have the string height set as it was a bit high to my taste. It features TWO truss rods, allowing for a very precise setting (my repairman particularly appreciates this feature).
The guitar stays in tune very well thanks to excellent closed tuners. The sound is incredibly homogeneous when you get from one string to another, with the whole greatly balanced.
As for its cons, I noticed the second string sounded approximately 1/10th of a tone out à tune (especially noticeable when you get from a G to an A), something my repairman an I more or less solved by slightly trimming the slots in the nut. I believe however this problem to be a side effect of the guitar’s extreme sensibility to position change (sitting, up, neck positioning…). No vibrato needed, merely distorting the neck pressing the body works very well for that. Compared with the other guitars I’ve tried (I own a Gibson SG, a strat, a cheap Gretch), you even get more of a tremolo effect when shaking the neck.
In the end, it’s not a real problem provided you manage to keep a stable position while playing, it’s even a quality in that it makes the guitar an extension of your own body, sensible to all nuances and ready to react to all intentions.
On another note, setting the saddles is a real nightmare with a standard key (which comes with the guitar) due to how close the bridge is (yeah, it’s a beautiful R and still…). Perhaps there’s a way around this, but if so I haven’t found it yet (neither did my repairman).

Now, let’s get to the SOUND! I’m really pleased with it. It can sound aggressive, bite with the bridge pickup but also round and soft with its neck counterpart. The important distance between them certainly accounts for such a contrast. Both hi-gain single coil pickups are a real pleasure – how punchy! The aforementioned homogeneity really reveals when the guitar is plugged in, with a full sound, crystal-clear (yet not aggressive-sounding) trebles (the clean neck pickup with a good reverb on a split chord on the fourth trebly strings around the 12th fret just sounds… wow!). As for the sustain, it’s just huge! The attack’s “soundgrain” is not bad, either.
The setting knobs (two for volume, two for tones and an extra knob that acts like a sort of EQ allowing extra control over the sound) are very efficient and allow for a wide array of sound. It’s been the first time I’ve actually used tone knobs… Is you also consider the contrast between both pickups, the intermediate pickup selector position becomes most interesting.
Please note: it’s also possible to plug a stereo jack on a second, specific jack out. I haven’t used it but if I’m not mistaken, I understood it was meant to get the separate outgoing sounds of each pickup for two different amps.

Finally, its look is quite original, and I love its curves! Of course, that’s quite subjective. Caution though: the guitar is really small. The neck has one less fret and seems buried into the guitar’s body, unlike, say, an SG. I first found it quite disturbing. Considering this, I wonder if it would be fit for a large sized guitarist (which ain’t my case).

In a nutshell,
Pros:
- perfect manufacture with quality components
- homogeneous sound
- crazy sustain
- awesome playability (only for experienced guitarists – not a guitar to be put in anyone’s hands…)
- very good pickups, precise-sounding and powerful
- it has a real personality
- its look


Cons : the original string height was a bit high to my taste, an important sensitivity to position change, and even an almost out-of-tune sound in the very first frets (but believe me, this guitar takes -and deserves- being tamed), plus the saddles which aren’t easy to access. Also, it’s a rather rare models and it takes some time to manage to get one.

Clean sound : just like heaven.
Overdrive: you’d love yo eat it whole!
Distortion (with an original Sans Amp and a Proco Rat): raving!

OK, this review is quite ecstatic, but I still claim a certain level of objectivity: I had a very good and experienced guitarist friend of mine play this guitar, and not only does he share my advice but he now also wants a Rickenbacker (but he’s after a hollow body model). As to my favourite guitar repairman who usually never says a thing, he went “hey, nice guitar, and the sustain… wow!”.

So, i’m a happy guitarist.

Pdate a few months after: still happy with it, I finally got used to the neck and I can no longer live without this guitar! Totally satisfied for live use too: I bought a Vox Nightrain head and they work wonder with each other. A real love story between a Rick and a Vox...
00