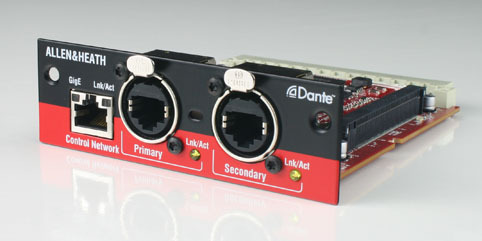 Allen & Heath and Audinate announced at Prolight & Sound / Musikmesse that they are collaborating to introduce Dante networking modules for the iLive digital mixing series.

Dante will be incorporated into Allen & Heath's range of audio networking plug in cards, which slot into the iDR MixRacks and allow iLive to interface with a variety of common audio interface and networking standards.