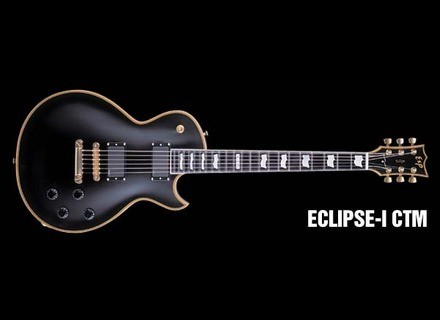 View other reviews for this product:
Made in Japan
22 frets and emg60/81
4 knobs (2vol/2ton), 3-position selector
run I SIAS but it is not super

- The handle is it enjoyable?

yes trs, Xellent better than my PRS (finer) is not a autauroute but it slides well you can go fast in s trs trs by empowering.

It is a LP but the ACCS is really honnte for a gibson lp better because the body is thinner so the ACCS simpler but I use it not for the solo, I prs for my solos so ... no I not change in the score but when to do a solo that goes down a lot in the acute I prs!

Lp bah form, the weight is low 3kilo I give no more I think I finally know but my prs is heavier yet it is a custom not a Singlecut.

- Gets it easy to sound good?

Yes, but always provided you have the amp is plug and play, personal j'i a single front and it's not good amp plug and play par excellence, but it sounds even when trs property but once it rgl ouohouhouhou ....

- Appropriate are your style of music?

My main style is the fusion is driven I am, it's beautiful beautiful nirvana especially since the two microphones trs marry well and I found a real selector with which you can change fast enough micro not like the prs ...
if I play also mtal, no metal ... with the neck pickup can be made of country blues jazz, pop and s used in the lead!

I play with a mesa rectoverb (single sided with reverb) and I use the effect of the wah wah zakk, a Boss CE-5 and ending for a Holy Grail reverb.

With the neck pickup (EMG 60) was the one that shines is weird but it dcrire trs pretty cheeks I love this mic on for the same blues and jazz and leaves the blow a little of my prs ct. The microphone lead is not super sharp screaming prcis eniffn exellent.

Intermdiaire position is approached the sound of a LP standard can play Led Zep, depp purple with not bad but not my field prdilction.

In the bridge 81 is doing its job, it sounds a little fat (not too much, not enough I find more and 1cm thick would not hurt the guitar but there was a loss in precision), but pr I am discovering cis with the active pickups and I'm happy. By 81 against the plain is not nice at all ... it's cold dry lean Finally there is the 60 for a.

as sound, the less euhh ghs polish smeared on the guitar when it happens but you can tell by looking carefully

In fact, this skyscraper I command but without the essay by before I tried to scratch very kind lp (Yamaha, Washburn, Gibson, Burny ...) and it is true that This is the best suited my game as I could essay.

Huge compared my prs, esp because the figure does not face a ple tite my beauty but I will mount the emg81 and 60 on my PRS and APRS j'diterais probably me that.

Yes unless you have money to pay me or the customshop esp gibson Zakk Wylde ...
but not at all the same the price is triple the price
See the source
Did you find this review helpful?yesno
Cookies help us improve performance, enhance user experience and deliver our services. By using our services, you agree to our use of cookies. Find out more.