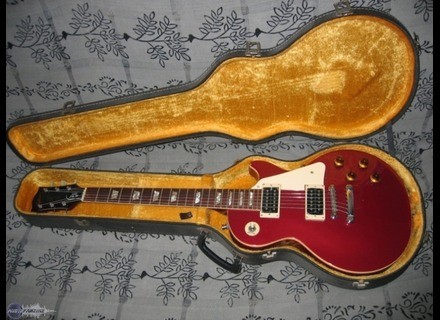 View other reviews for this product:
The Les Paul Deluxe style guitars are those that are generally equipped with P90s, although a few of the owners out there have modified them with humbuckers. They're generally very solid players and can really deliver the P90 tone if you get the right one. The guitar features a mahogany body with a maple top, mahogany neck with a rosewood fretboard, 22 frets, trapezoid inlays, pickguard, binding, hard tail bridge, two P90s, two volumes, two tones and a three way switch.

If you're looking for a good, solid P90 equipped guitar, this could be what you're looking for. I'm not entirely sure why the owner said this is a Micro PAF guitar, but I have a feeling he was talking about it being equipped with P90s, which most all of the Deluxes have. If you're going to buy one, I'd recommend buying one in person so you can test it out yourself and see how you like it.
Did you find this review helpful?yesno
Cookies help us improve performance, enhance user experience and deliver our services. By using our services, you agree to our use of cookies. Find out more.